The Grand Round Age Of Fiver.

Kieran has hit the nice Round age of 5, If I think hard enough I can remember my fifth birthday. ( no I cant) wonder what I had for it. Might ask my perants to find out. Anyways We spoilt him rotten, as soon as I got home I could see that his grandfather had already bought him a space ship, So I offered to take him to Toys 'r' us to pick a nice little toy and Guess what he choose the figures that go with the spaceship (X-men, I was shocked that he knew this, As I wouldnt have had a clue. Its like kids have got a degree in toy- oligy or something.) After spending around a hour trape-sing around the toystore searching for presents for caitlynne as well as kieran, its only fair you have to buy for both. Caitlynne had a little prezzie, a unicorn horsey. We then decided to make a meal of things and go to Pizza Hut. I've never been before and what a experience it was. Very modern inside. Ive never washed my hands in a bowl in the toilet before it made me laugh loads, the waiters were on cloud nine and so layed back that they didnt know that they had to serve customers lol, just couldnt stop laughin it was so funny. Nothing made sense in there it all seemed really unusual, Where the till was and everything. When We got served it felt as if the waiter was the chef and the farmer, Spending the time to pluck the chicken, grow the vedge and milk the goats for cheese for our pizza. When recieved it did seem nice but a little too rich for the likes of mine and hayls taste buds. Kieran kept on makeing a show of him self and shouting that his margerita pizza was bleeding lol. Just couldnt stop laughing. Must be the most unusual restraunt I have been to and the last by the sounds of hayls complaints. 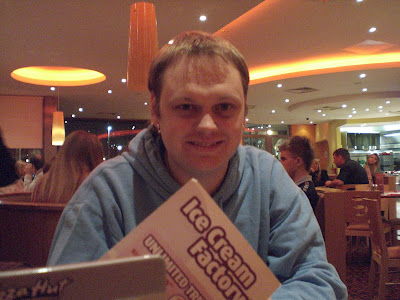 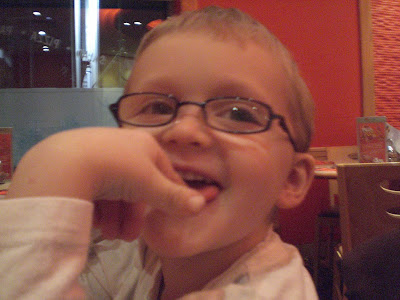 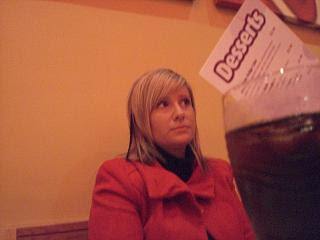 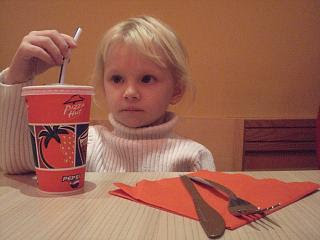 Nothing to do, But seek fame 'not' lol

Ive managed to do quite alot these past few days, odd indeed considering Ive had all week to do things but Ive spent them relaxing and shopping (with no money :( ) and eating mostly. Aint it funny that when You are comeing to the end of a project of a good idea of something alike, the most affect happens or you do the most of the work towards the end. Like your subconcious is thinking deep down I aint got much time left so I have to get on with more. I hope you know what I mean....

Ive just finished Updating my Friends Reunited
with which im hoping someone from school would email me or leave a comment. I suppose the best way to find out how much you have changed is to get in contact with someone who hasnt seen you in years. I suppose something like that brings on an impact of self importance to your self esteem etc ( Damn I talk some shit )

Also I have just put one (yes just one) item up for sale on ebay and that would be the old vintage 3d 1980's handheld game I am hoping it will go to a nice little collector who will look after it for years to come.

And something I found really intresting today was the fact that the Focus magazine was jam packed full of facts and storys that tickled my fancy front page material was that of How to gain internet fame (orr how we crave it lol) with which I watched the numa boy who in fact had an overall unbelievable 700,000,000 viewers looking at his video, Here's his new Website newnuma.com where you will find his new video. I thought it was good but not as good as the original. A bit like a film when someone releases a sequel nine times out of ten they never turn out as good as the original ( apart from the little few e.g. Terminator 2 ).
Another famous clip was that of the star wars kid, who in fact I was shocked to read actually caused Distress Towards his fame due to him not wanting it shown on the internet after his noble college buddies uploaded it without his consent .

Just done my psychology homework in the afternoon.Im not feeling tired, Its a first. earlier I bought some eye drops for tired computer eyes ( I think they seem to have done the trick a little).
Ive found that time is going tremendously slow, it seem's as if without work there is little to find out about myself, Its like work as become part of me so much that Ive forgotten who I am without it. I dont like the fact that I have to work nearly everyday, but without it I feel different. My upbringing was strict on the fact that you had to be in school, work or college everyday and not miss one day (no excuses), to be programmed this way is a good thing but in a sense a bad thing. It shows that you are too scared of change towards taking a sick day, maybe reflecting on a person's lifestyle towards change. Too scared to venture out of the norm of working everyday of your life, too scared of someone finding out about your telling a lie, too scared about groups of people ( what would they say, what would they do) afraid of hurting those close to you, around you when in groups with other people. I hate it. I have come to the conclusion of programming by perants brings on leathal consiquences later on in life, so I suppose you have to try ( and I mean try ) To give children guidence of resulting consiquences, rather than telling them what to do and what they must not do. e.g. dont do this, dont do that etc etc etc..................
It sounds like broken record, I did try it a couple of week's ago and found as and example that Children are ignorent to repeated phrases, sometimes nagotiable towards sweets and chocolate but damn forsaken blind to reverse psychology ha ha ha. And yes it worked my little plan worked. I told kieran (my son) that his room is looking tidy than it usually is and asked him did he clean it. His reply was unforgetable as this little question made him feel very guilty and so off he went to clean his pit of hell, after explaining that he was cheif cleaner, he had caitlynne hepling him too. yay it worked. But weeks later though I think Ive gone back to my old ways of shouting and screaming in stress and despair.
at January 25, 2007 No comments:

yay...... A week off for the Leightster. I gave Short notice, but who gives a damn it was uproved and here I am Monday Morning With a week to spair No Ties, ( well a little bit of homework to do) . Well not much. Im going to go for long walks and take loads of snaps to stick on here with my new Camera yipppeee..... my casio exilim 7.2 mega pixel (miniture) ex-z70.
What an amazing camera its so small and snappy, its like haveing a top of the range camera in miniture and for taking quick paparazzi snaps at family, friends and work colleagues its a breeze, it catches them at thier very best and the filming. phew!
Maybe im over exaggerating but this nifty little piece of kit was all down to me researching the internet for a awesome pocket camera and I came to my own conclusion after reading many reviews that this is the one for me, and it sure the hell was. I love it. But im still not getting rid of my canon powershot a40 ( theres something about its clean clear crisp 2.0 million pictures I love)
Keep tuned for some of my snaps and footage. he hee hee
at January 22, 2007 No comments:

Ive Spent most of my Day out and da bout in shops and stuff, with no money:(. I had a awsome breakfast in the cross cafe in careathin Swansea ( If you ever there pop- in. Its really really nice, Im definately going there again. The customer service is awesome and they give ya loads on your plate. Not scrimpy serving's like some places. Better to have to much than too little. 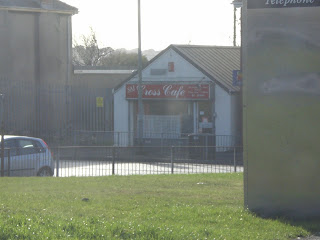 Ive spent most of today half a sleep I dont what the hell is wrong with me. Im feeling a more tired than I have ever felt all week I think its due to the hard work load ive been dealing with lately and stress finally catching up with me, taking its toll on me. I think this has resulting in me taking a nice week off work to relax and catch up on who I really am etc, you know the finer things in life like taking strolls and snapping the odd photo now and again, clearing out all them cobwebs for the new year (Early Spring Clean) and making more space for new and exciting things if you know what I mean. I suppose the more organised and clean things are the more better it makes you feel deep down, Ive decided im going to make a good impression on myself and be a bit more organised and tidy with all my bits and bobs, and finish a few little projects i've been thinking about ( I will go into detail later )

For some odd reason I have'nt played the xbox for a while, but Im planning on taking on a few challenges which involve games, with this little bit of time I have off, this up and come-ing week.

I am hoping to spend the week doing different things and not get into a repetative manner of playing computer games day in and out, wasting loads and loads of time, I mean I am going to play them but not make a habit of it. I am going to go to more scenic places and take in lots and lots of country air and make the most of life by hopefully doing more leisurely activities ( I need to experience different things again.) with the work I do, A lot of indoor work, Which im not complaining about, but it is nice to take some nice clean crisp fresh air instead of that old stale, sleepy goverment Air( If you know what I mean)

Ive Just updated the gallery with new photos which havent been updated for a while
at January 18, 2007 No comments:

Ankh mor pork - Ankh mor pork gets two titles in this world one which is that of a Ship With in u window of messages (sub consious), Aship w...